Jam-packed with incredibly-creative tools, the Behringer DDM4000 is a state-of-the-art 5-channel, 32-bit digital DJ mixer that includes: a beat-synchronised Sampler; 4 Multi-FX sections; 2 BPM counters; a Digital Ultracurve Crossfader; and a MIDI controller for your software – plus much more. In spite of this veritable treasure trove of features and functionality, the DDM4000’s intuitive layout will make you instantly feel at home – at first touch!

Hook up your turntables and CD/mp3 players to its 4 stereo channels, each with fully-programmable EQ and Kill switches. Enjoy the ultimate versatility at your fingertips with the fully-programmable beat-sync’able Multi-FX modules, pair of high-precision BPM counters and ultra-smooth digital crossfader with custom curve adjustment. And the super-cool BPM sync’d sampler with real-time Pitch control, Loop and Reverse functions will have your crowd going absolutely wild!

The DDM4000 features 5 independent channels. Channels 1 - 4 are crossfader-assignable stereo channels, with Phono/Line Level toggle switches that make them suitable for your vinyl and CD/mp3 players. All channels feature 3-band digital EQs with up to 12 dB of boost and infinite cut option (Kill), and can be monitored directly via headphones thanks to the PFL switch above the fader.

A dedicated Mic channel is provided in mono, with 2 XLR Mic Inputs and features a special Talk feature that attenuates the volume of the stereo channels (ducking), ensuring your announcements will be heard loud and clear over the music. The Mic channel also has its own FX section – which can be applied with a single button.

The core functionality of the DDM4000 can be found in its Digital Ultracurve Crossfader, which is equipped with Reverse Tap and Hold buttons, plus automatic BPM synchronised crossfading. Smooth and ultra-responsive, this First-Class Crossfader can be assigned to any of channels 1 - 4, and sports a trio of 3-band EQ Kill buttons on either side. The curve sensitivity is adjustable, and in the unlikely event you ever wear it out, the Crossfader itself is easy to replace.

Step Up Your Sampling

The Behringer DDM4000’s BPM-synced sampler is a highly sought-after feature, which allows you to record a segment of incoming audio and loop it continuously – without dropping the beat. Once your track is looping from the sampler, you can swap discs, queue up your new tracks and mix them back in – for totally seamless transitions!

Our BPM-Counter technology has even found its way into the DDM4000’s incredible dual FX section, which allows it to read and display the BPM of 2 different inputs and then apply BPM-synchronised effects, such as echo, to the beat of the music. Effects such as Bitcrusher, Reverb, Delay, Pitch Shift and more are available – and can be assigned independently to multiple channels.

The DDM4000 is the ideal digital mixer for the DJ who is on the way to the top, or the club owner who has multiple DJs performing on a recurring basis. All preferences, such as fader curve, FX settings, EQ, Kill frequencies, etc., can be stored in individual user accounts and recalled.

Tracktion is one of the world’s fastest and easiest Digital Audio Workstations (DAW) for composing, recording, editing, mixing and sharing your music with the world. Featuring a single-screen interface, and pushing the envelope in design elegance, Tracktion brings together outstanding Pro DAW features, such as dynamic automation, unlimited track count, MIDI recording and support for VST and AU plug-ins. This powerful music production software gives you all the tools of an entire professional-grade recording studio.

Learning a DAW has never been easier, thanks to their vast and readily available library of resources.

As our way of saying “Thank You” when you register your DIGITAL PRO MIXER DDM4000 at behringer.com, we’ll reward you with a complimentary download code for the full version of Tracktion. Recording and editing couldn’t be easier. 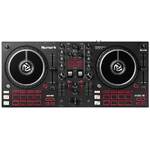 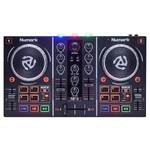